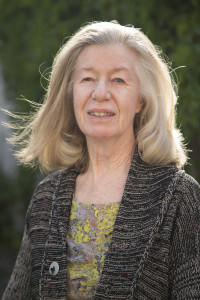 Anne Shmelzer is an accomplished writer. Her award-winning memoir, The Night My Father Came Back from the War, which appeared in the Ottawa Citizen, served as a precursor to her debut novel, A Marginally Noted Man. Anne’s extensive knowledge and experience as a psychiatric nurse helped shape her characters and her years as a poet and accomplishments in music underscore the lyrical quality of her writing. She has also written musical and academic papers deposited in the National Library of Canada and the Henri de la Grange Library in Paris.

Born in 1940, Anne Shmelzer spent her childhood between Toronto and Madoc Township, Ontario. She attended the prestigious Lisgar Collegiate Institute where her love of writing was first nurtured. She went on to receive her Registered Nursing diploma with a focus on psychiatry and later completed her Bachelor of Music High Honours from Carleton University. Anne Shmelzer has long been connected with those who seek to observe and notate the workings of the human heart.